Yesterday, Dell sent me to be part of our OpenStack vanguard for the design summit.  The conference is fascinating and productive for the content of the sessions and even more interesting for the hallway meetings. 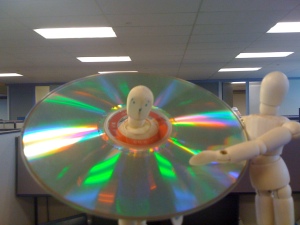 It’s obvious looking at the board composition that RackSpace and NASA Nova are driving  most of the development; however, the is palpable community interest and enthusiasm.  Participants and contributors showed up in force at this event.

RackSpace and NASA leadership provides critical momentum for the community.  Code is the smallest part of their contribution, their commitment to run the code at scale in production is the magic rocket fuel powering OpenStack. I’ve had many conversations with partners and prospects planning to follow RackSpace into production with a 3-6 month lag.

Beyond that primary conference arc, my impressions: