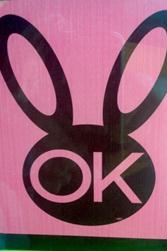 We’re testing a HUGE batch of changes to Crowbar before we commit them. The changes support the barclamp modularization work and also include the addition of RHEL and network barclamp update.

You may be eager to dig in; however, disruptiveness of these changes means that we are taking extra time to make sure that the build and install still work.

Here’s what you’ll see when we commit the changes:

We’ll post to the Crowbar listserv when changes. They will be posted to Crowbar HEAD. If you want the current build, we have created a “v1.0” tag.