Overall, Dockercon did a good job connecting Docker users with information.  In some ways, it was a very “let’s get down to business” conference without the open source collaboration feel of previous events.  For enterprise customers and partners, that may be a welcome change.

One item that got me excited was an immutable operating system called LinuxKit which is powered by a Packer-like utility called Moby (ok, I know it does more but that’s still fuzzy to me).

Want to hear more about immutable operating systems?  Check out our post on RackN’s site about three challenges of running things like LinuxKit, CoreOS Container Linux and RancherOS on metal.

Oh, and YES, that was my 15-year-old daughter giving a presentation at Dockercon about workplace diversity.  I’ll link the video when they’ve posted them.

Last week, the Crowbar community completed the OpenCrowbar “Broom” release and officially designed it as v2.1.  This release represents 8 months of hardening of the core orchestration engine (including automated testing), the addition of true hardware support (in the optional hardware workload) and preliminary advanced integration with Chef and Saltstack.

And…v2.1 is the first release with commercial support!

RackN (rackn.com) offers consulting and support for the OpenCrowbar v2.1 release.  The company was started by Crowbar founders Greg Althaus, Scott Jensen, Dan Choquette, and myself specifically to productize and extend Crowbar.

Want to try it out?

Two of Crowbar Founders: me with Greg Althaus [taken Jan 2013]

With the Anvil release in the bag, Dell announced on the community list yesterday that it has stopped active contribution on the Crowbar project.  This effectively relaunches Crowbar as a truly vendor-neutral physical infrastructure provisioning tool.

While I cannot speak for my employer, Dell, about Crowbar; I continue serve in my role as a founder of the Crowbar Project.  I agree with Eric S Raymond that founders of open source projects have a responsibility to sustain their community and ensure its longevity.

In the open DevOps bare metal provisioning market, there is nothing that matches the capabilities developed in either Crowbar v1 or OpenCrowbar.  The operations model and system focused approach is truly differentiated because no other open framework has been able to integrate networking, orchestration, discovery, provisioning and configuration management like Crowbar.

It is time for the community to take Crowbar beyond the leadership of a single hardware vendor, OS vendor, workload or CMDB tool.  OpenCrowbar offers operations freedom and flexibility to build upon an abstracted physical infrastructure (what I’ve called “ready state“).

We have the opportunity to make open operations a reality together.

As a Crowbar founder and its acting community leader, you are welcome to contact me directly or through the crowbar list about how to get engaged in the Crowbar community or help get connected to like-minded Crowbar resources.

Greg Althaus did a 90 minute Crowbar deep dive at this week’s Austin Cloud User Group.  Brad Knowles recorded audio and posted it so I thought I’d share the link and my annotations.  There are a lot more times to catch up with our team at Dell in Austin, Boston, and Seattle.

My team at Dell has been getting a great response from our community about Crowbar. Thanks! We’re actively working a rock solid OpenStack deployment that will raise the bar on ease of deploy and drive operational excellence.

We have also heard that we need to improve access to the team; consequently, I’m delighted to announce a long list of places and dates where you can access us online AND in person.

Or in a calendar view:

I was part of the Dell contingent at the OpenStack design conference earlier in the month.  The conference opened a new chapter for the project because the number of contributing companies reached critical mass.  That means that the core committers are no longer employed by just one or two entities; instead, there are more moneyed interests rubbing elbows and figuring out how to collaborate.

From my perspective (from interview with @Cote ), this changed the tone of the conference from more future looking to pragmatic.

That does not mean that everything is sunshine and rainbows for OpenStack clouds, there are real issues to be resolved.  IMHO, the top issues for OpenStack are:

Of these issues, I’ve been reconsidering my position favoring API via Implementation over specification (past position).  This has been a subject of debate on my team at Dell and I like Greg Althaus’ succinct articulation of the problem with implementation driven API: “it is not fair.”  This also ends up being a branding issues for OpenStack because governance needs to figure out which is a “real” OpenStack cloud deployment that can use the brand.  Does it have to be 100% of the source?  What about extensions?  What if it uses the API with an alternate implementation?

Of the other issues, most are related to maturity.  I think #2 needs pressure by and commitment from the larger players (Dell very much included).  Crowbar and the deployment blueprint is our answer #3.  Shouting the “don’t fork it up” chorus from the roof tops addresses contributions while #5 will require some strong governance and inevitably create some hurt feelings.

Greg Althaus (@glathaus) and I will be leading a discussion about OpenStack at the May CTLUG  on 5/19 at 7pm.  The location is Mangia Pizza on Burnet and Duval (In the strip mall where Taco Deli is).

We’ll talk about how OpenStack works, where we see it going, and what Dell is doing to participate in the community.

OpenStack should be very interesting to the CTLUG because of the technologies being used AND way that the community is engaged in helping craft the software.

I’m not going to post OpenStack full conference summary because I spent more time talking 1 on 1 with partners and customers than participating in sessions.  Other members of the Dell team (@galthaus) did spend more time (I’ll see if he’ll post his notes).

I did lead an IPv6 unconference and those notes are below.

Overall, my observations from the conference are:

While IPv6 deserves more coverage here, I thought it would be worthwhile to at least preserve my notes/tweets from the IPv6 unconference discussion (To IP or not to IPv6? That will be the question.) at the OpenStack Design Summit.

NOTE: My tweets for this topic are notes, not my own experience/opinions

We had a hallway conversation after the unconference about what would force the switch.  In a character, it’s $.

Votes for IPv6 during the keynote (tweet: I’d like to hear from audience here if that’s important to them. RT to vote).  Retweeters:

My team at Dell is working diligently to release Crowbar (Apache 2) to the community.

The single most critical aspect of Crowbar involves a recent architectural change by Greg Althaus to make Crowbar much more modular.  He dubbed the modules “barclamps” because they are used to attach new capabilities into the system.  For example, we include barclamps for DNS, discovery, Nova, Swift, Nagios, Gangalia, and BIOS config.  Users select which combination to use based on their deployment objectives.

In the Crowbar architecture, nearly every capability of the system is expressed as a barclamp.  This means that the code base can be expanded and updated modularly.  We feel that this pattern is essential to community involvement.

For example, another hardware vendor can add a barclamp that does the BIOS configuration for their specific equipment (yes! that is our intent).  While many barclamps will be included with the open source release to install open source components, we anticipate that other barclamps will be only available with licensed products or in limited distribution.

A barclamp is like a cloud menu planner: it evaluates the whole environment and proposes configurations, roles, and recipes that fit your infrastructure.  If you like the menu, then it tells Chef to start cooking.

Barclamps complement the “PXE state machine” aspect of Crowbar by providing logic Crowbar evaluates as the servers reach deployment states.  These states are completely configurable via the provisioner barclamp; consequently, Crowbar users can choose to change order of operations.  They can also add barclamps and easily incorporate them into their workflow where needed.

Barclamps take the form of a Rails controller that inherits from the barclamp superclass.  The superclass provides the basic REST verbs that each barclamp must service while the child class implements the logic to create a “proposal” leveraging the wealth of information in Chef.  Proposals are JSON collections that include configuration data needed for the deployment recipes and a mapping of nodes into roles.

Users are able to review and edit proposals (which are versioned) before asking Crowbar to implement the proposal in Chef.  The proposal is implemented by assigning the nodes into the proposed roles and allowing Chef to work it’s magic.

Users can operate barcamps in parallel.  In fact, most of our barclamps are designed to operate in conjunction.

Reminder: It is vital to understand that Crowbar is not a stand-alone utility.  It is coupled to Chef Server for deployment and data storage.  Our objective was to leverage the outstanding capabilities and community support for Chef as much as possible.

We’re excited about this architecture addition to Crowbar and encourage you to think about barclamps that would be helpful to your cloud deployment. 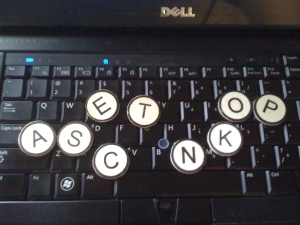 If you missed the OpenStack installer demo at Cloud Connect Event then you’ll have another chance to see us go from bare iron to provisioning VMs in under 30 minutes at SXSW on Monday 3/14 from 2-4 pm at Kung Fu Saloon.

Note: Rackspace rented out the Kung Fu Saloon all day Monday, and are doing various events — from live webinars to a Scoble tweetup to a happy hour and more VIP after hours event.

The demo will be orchestrated by Greg Althaus from my team at Dell.  Greg is the primary architect for Crowbar and responsible for some of it’s amazing capabilities including the Chef integrations, network discovery and rockin’ PXE state machine.  Dell Cloud Evanglist, Barton George, will also be on hand.

Of course, our friends from Opscode & Rackspace will be there too – this is Rackspace’s party (they are a Platinum SXSW sponsor)

More more information (outside of this blog, of course), check out http://www.Dell.com/OpenStack.