Many IT departments struggle with keeping “the lights on” as legacy hardware and software consume significant resources preventing the team from taking advantage of new technologies to modernize their infrastructure. These legacy issues not only consume resources but also cause challenges to find qualified experts to keep them operational as the older the technology the less likely to find experienced support. Even worse, new employees are typically not interested in working on old technology while the IT press obsesses on what comes next.

Freezing older technology in place without capable support or an understanding of how the product works is certainly not an industry best practice; however, it is commonly accepted in many large IT organizations. RackN has built a single, open source platform to manage not just new technologies but also legacy services allowing IT teams to actively engage the older technology without fear.

The RackN team is ready to unlock your operational potential by preventing paralysis: 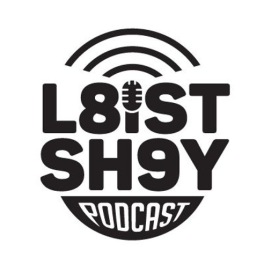 Joining us this week is Mark Imbriaco, Global CTO DevOps, Pivotal. Mark’s view of ops and open source from a platform perspective as it relates to SRE offers listeners a high-level approach to these concepts that is not often heard.

Mark Imbriaco is currently Global CTO DevOps at Pivotal. Prior to that Mark Imbriaco was VP, Technical Operations at DigitalOcean.

Technical Operations and Software Development leader with 20 years of experience at some of the most innovative companies in the industry. Broad experience that runs the gamut from service provider to software-as-a-service to cloud infrastructure and platforms.

In this week’s podcast, we speak with Justin Garrison, co-author of Cloud Native Infrastructure (CNI).

Justin loves open source almost as much as he loves community. He is not a fan of buzz words but searches for the patterns and benefits behind technology trends. He frequently shares his findings and tries to disseminate knowledge through practical lessons and unique examples. He is an active member in many communities and constantly questions the status quo. He is relentless in trying to learn new things and giving back to the communities who have taught him so much.

Welcome to the RackN and Digital Rebar Weekly Review. You will find the latest news related to Edge, DevOps, SRE and other relevant topics.

Configuration is fragile because we’re talking about mutating a system. Infrastructure as code, means building everything in place. Every one of our systems have to be configured and managed and that creates a dependency graph. We can lock things down, but we inevitably have to patch our systems.

Immutable infrastructure is another way of saying “pre-configured systems”. Traditional deployment models do configuration after deployment, but it’s better if we can do it beforehand. Immutability is a DevOps pattern. Shift configuration to the left of our pipeline; move it from the production to build stage.

Welcome to the RackN and Digital Rebar Weekly Review. You will find the latest news related to Edge, DevOps, SRE and other relevant topics.

When discussing the data center of the future, it’s critical that we start by breaking the concept of the data center as a physical site with guarded walls, raised floors, neat rows of servers and crash cart pushing operators. The Data Center of 2020 (DC2020) is a distributed infrastructure comprised of many data centers, cloud services and connected devices.

The primary design concept of DC2020 is integrated automation not actual infrastructures.

In my previous blog, I provided step by step directions to install Digital Rebar Provision on a new endpoint and create a new node using Packet.net for users without a local hardware setup. (Demo Tool on GitHub) In this blog, I will introduce the RackN Portal and connect it to the active setup running on Packet.net at the end of the demo process.

When discussing the data center of the future, it’s critical that we start by breaking the concept of the data center as a physical site with guarded walls, raised floors, neat rows of servers and crash cart pushing operators. The Data Center of 2020 (DC2020) is a distributed infrastructure comprised of many data centers, cloud services and connected devices.

The primary design concept of DC2020 is integrated automation not actual infrastructures.

As an industry, we need to actively choose implementations that unify our operational models to create portability and eliminate silos. This means investing more in sustaining operations (aka Day 2 Ops) that ensure our IT systems can be constantly patched, updated and maintained. The pace of innovation (and discovered vulnerabilities!) requires that we build with the assumption of change. DC2020 cannot be “fire and forget” building that assumes occasional updates.

There are a lot of disruptive and exciting technologies entering the market. These create tremendous opportunities for improvement and faster innovation cycles. They also create significant risk for further fragmenting our IT operations landscape in ways to increase costs, decrease security and further churn our market.

It is possible to be for both rapid innovation and sustaining operations, but it requires a plan for building robust automation.

The focus on tightly integrated development and operations work is a common theme in both DevOps and Site/System Reliability Engineering topics that we cover all the time. They are not only practical, we believe they are essential requirements for building DC2020.

Over this week, I’m going to be using the backdrop of IBM Think to outline the concepts for DC2020. I’ll both pull in topics that I’m hearing there and revisit topics that we’ve been discussing on our blogs and L8ist Sh9y podcast. Ultimately, we’ll create a comprehensive document: for now, we invite you to share your thoughts about this content in it’s more raw narrative form.

In this post, I will highlight the problems faced by operators in deploying services at scale and introduce the immutability solution available from RackN. In addition, I have added two videos providing background on this topic and a demonstration showing an image deployment of Linux and Windows on RackN using this methodology.

Traditional data center operations provision and deploy services to a node before configuring the application. This post-deployment configuration introduces mutability into the infrastructure due to dependency issues such as operating system updates, library changes, and patches. Even worse, these changes make it incredibly difficult to rollback a change to a previous version should the update cause an issue.

Looking at patch management highlights key problems faced by operators. Applying patches across multiple nodes may lead to inconsistent services with various dependency changes impacted not just by the software but also the hardware. The ability to apply these patches require root access to the nodes which leaves a security vulnerability for an unauthorized login.

Moving the configuration of a service before deployment solves the problems discussed previously by delivering a complete runnable image for execution. However, there is some initialization that is hardware dependent and should only be run once (Cloud-Init) allowing a variety of hardware to be used.

This new approach moves the patching stage earlier in the process allowing operators to ensure a consistent deployment image without the possibility of drift, security issues as no root access is required, as well as simplifying the ability to instantly and quickly move backwards to a previously running image.

In this presentation, Rob Hirschfeld makes the case of immutable infrastructure on bare metal within your data center using RackN technology. Rob delivers the complete story highlighted in this blog post.

In this demonstration, Rob Hirschfeld and Greg Althaus do a complete immutable image deployment of a Linux server and a Windows server using the RackN Portal in less than 20 minutes.

Get started with RackN today to learn more about how you can change your model to this immutability approach.