Server management interfaces stink.  They are inconsistent both between vendors and within their own product suites.  Ideally, Vendors would agree on a single API; however, it’s not clear if the diversity is a product of competition or actual platform variation.  Likely, it’s both.

What is Redfish?  It’s a REST API for server configuration that aims to replace both IPMI and vendor specific server interfaces (like WSMAN).  Here’s the official text from RedfishSpecification.org.

Redfish is a modern intelligent [server] manageability interface and lightweight data model specification that is scalable, discoverable and extensible.  Redfish is suitable for a multitude of end-users, from the datacenter operator to an enterprise management console.

I think that it’s great to see vendors trying to get on the same page and I’m optimistic that we could get something better than IPMI (that’s a very low bar).  However, I don’t expect that vendors can converge to a single API; it’s just not practical due to release times and pressures to expose special features.  I think the divergence in APIs is due both to competitive pressures and to real variance between platforms.

Even if we manage to a grand server management unification; the problem of interface heterogeneity has a long legacy tail.

In the best case reality, we’re going from N versions to N+1 (and likely N*2) versions because the legacy gear is still around for a long time.  Adding Redfish means API sprawl is going to get worse until it gets back to being about the same as it is now.

Putting pessimism aside, the sprawl problem is severe enough that it’s worth supporting Redfish on the hope that it makes things better.

That’s easy to say, but expensive to do.  If I was making hardware (I left Dell in Oct 2014), I’d consider it an expensive investment for an uncertain return.  Even so, several major hardware players are stepping forward to help standardize.  I think Redfish would have good ROI for smaller vendors looking to displace a major player can ride on the standard.

One final note: if Redfish improves hardware security in a real way then it could be a game changer; however, embedded firmware web servers can be tricky to secure and patch compared to larger application focused software stacks.  This is one area what I’m hoping to see a lot of vendor collaboration!  [note: this should be it’s own subject – the security issue is more than API, it’s about system wide configuration.  stay tuned!] 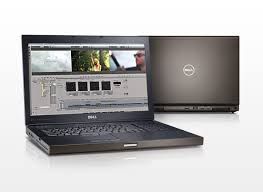 This post is in response to multiple requests I’ve gotten from people outside of Dell.    I work for Dell  and we make hot laptops AND clouds.
When you’re building clouds (as opposed to cloud applications), you need heavy equipment.  So it’s no surprise that I use a Precision M6600 17″ laptop that is capable of running a complete multi-node cloud data center.
IMHO, here are the core requirements for a Cloud Builder laptop:
For our devs, a normal cycle is write (desktop) -> build (in a VM) -> deploy (on additional VMs) -> full test requires >4 VMs (that’s over 16 GB RAM).  I don’t want to check in code until I complete that cycle.  On small RAM and spinning HDD  that cycle takes >1 hour.  On my laptop it is <15 minutes!
There are only a few models of laptop that can pack that type of power and they demand a premium; however, the extra umph translates into at least 3 or 4 more full cycles per day.  That’s a whole lot of extra productivity.

The extended Crowbar team (my employer Dell and community) recently had a bit of a controversy heated discussion over the renaming of “proposals” to “configurations.” It was pretty clear that the term “proposal” confused users because an “active proposal” seems like a bit of an oxymoron. Excepting Scott Jensen, our schedule-czar and director of engineering, we had relatively few die-hard “I love proposal” advocates; however, deciding on an alternative was not quite so easy.

Ultimately, the question came down to “do we use an invented term or an intuitive term.”  The answer lies in when to use or avoid the congruity theory as articulated by Roger Cauvin.

We considered many alternatives like calling them “fixtures” to go along with the Crowbar & Barclamp tool theme. Even “Chuck Norris” was considered until copyright issues were flagged. The top alternative, “configuration” seemed just too bland. Frankly and amazingly, we originally considered it “too descriptive!”

The crux of the argument really revolved around the users’ ability to intuitively grasp a concept or to force them learn a new term. For example, we specifically chose “barclamp” instead of “module” because we felt that there were more components to a barclamp than just being a Crowbar module. In many ways, module would be sufficiently descriptive; however, we saw that there was benefit to the user tax in introducing a new term. It also fit nicely within our tool theme.

Opscode Chef is an example of investing heavily in a naming theme. For example, the concept of “cookbooks” and “recipes” seems relatively intuitive for users but starts getting stretched for “knife” because it is not immediately clear to users what that component does (it executes instructions on nodes and the server). After learning Chef, I appreciate “knife” as the universal tool but still remember having to figure it out.

A good theme is awesome, but it can quickly encumber usability.

For example, what if Chef has used “bowl” instead of role. It’s logical: you put a group of ingredients to mix into a bowl that acts as a container. While it may be logical to the initiated, it mainly extends the learning curve for new users. A role is a commonly accepted term for an operational classification so it is a much better term for users. The same is true for “node” and “data bag.”

I love a good incongruent theme as much as any meme-enabled tech geek but themes must not hinder usability. After all, we all fight for the users.